Trade of Counterfeits on the Rise in the Pacific 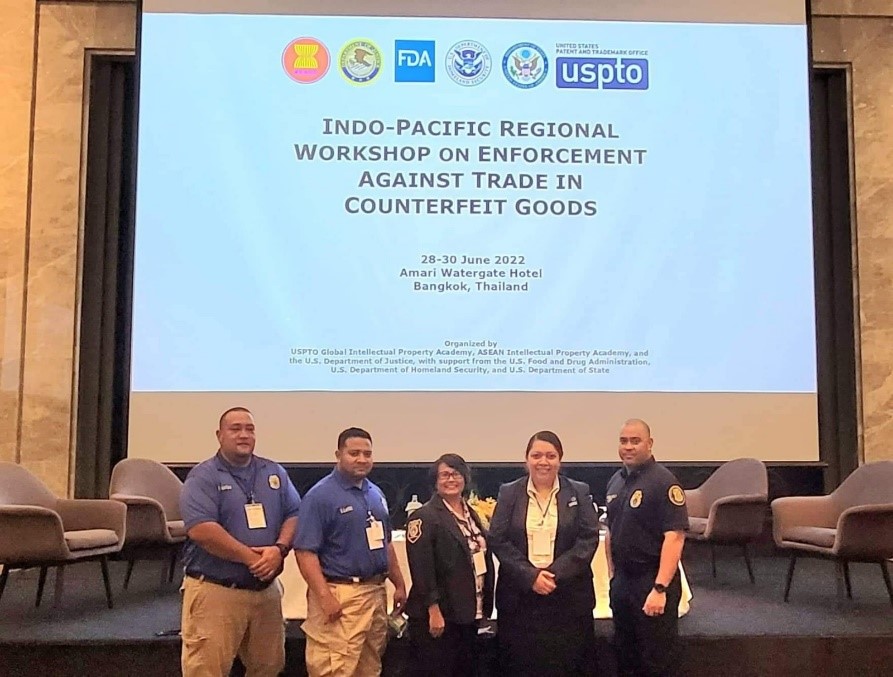 Suva, Fiji, July 15, 2022 – Customs administrations in the region are noticing a rise in the purchase of common counterfeit commodities and medications, mostly prevalent in commercial and e-commerce trade, and which have social and economic impacts on communities and governments.

“The trade of counterfeit items is quickly becoming a problem for us in the Pacific,” Acting Head of Secretariat, Irma Daphney Stone said. “Today, it’s getting harder and harder to notice counterfeits as the makers are also getting smarter and making the goods look as genuine as possible. When we opt for fake items, we are opting for sub-standard goods, which generally are cheaper, but which could pose serious side effects in the case of medicines.”

The Oceania Customs Organisation and the United States Patent and Trademark Office (USPTO) have been working together with Customs officers from various administrations in the region to understand Intellectual Property Rights (IPR) and more importantly on how to notice counterfeit goods.

“We need to educate our officers before we go out to inform our community about the seriousness of counterfeit goods not only in food but all kinds of goods, the most dangerous in my opinion is counterfeit medicine,” said Faifua Suafoa, Officer in Charge of Customs Inspection at the American Samoa Government, Department of Treasury.

Recently, USPTO with partners in collaboration with OCO held a workshop on the trade of counterfeit goods in Bangkok, Thailand for Customs and IPR officers from the Asia Pacific region including American Samoa, CNMI, Fiji, and Guam.

Lieutenant Lareina Camacho, Assistant Director Customs of Commonwealth of North Mariana Islands (CNMI) said: “The IPR workshop was a valuable experience in connecting with US counterparts, namely, US Homeland Security Investigations and reconnecting with USPTO.  Attending this workshop reaffirms my desire to complete the IPR online training events.”

Customs officers that attended this training are expected to train officers in their administrations on the trade of counterfeit goods and the protection of IPR.

“The workshop was a good opportunity to meet all points of contact in the Asia Pacific region and share information. We also gained so much knowledge about counterfeit goods and how to pursue any future cases in the court of law,” Mr. Suafoa said.